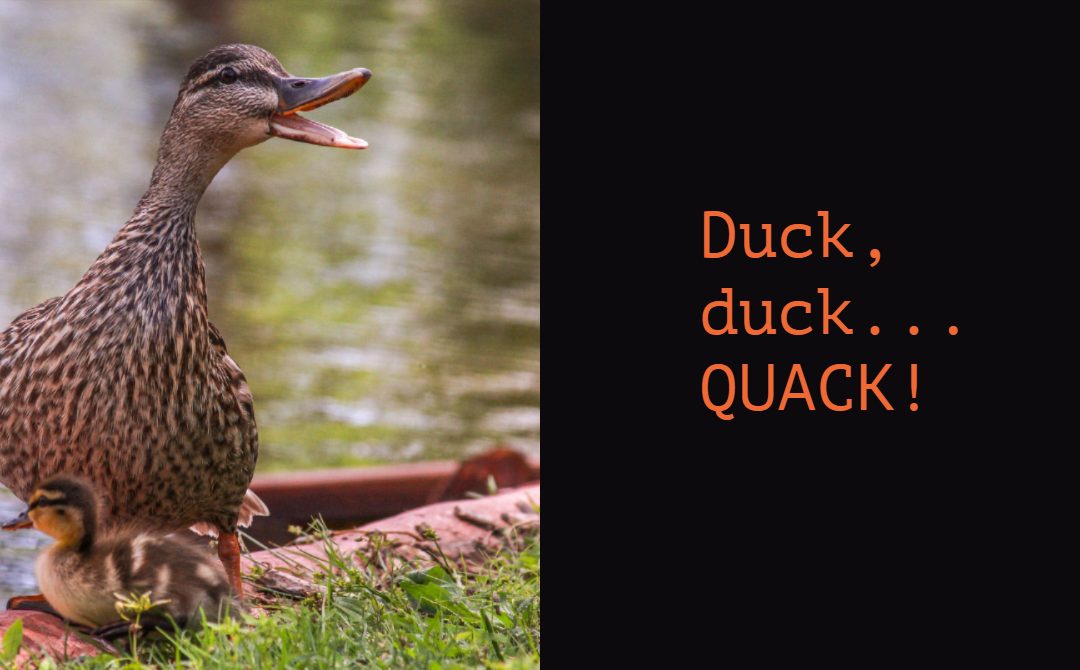 I am not one to use a lot of expletives in my daily life and rarely in a professional setting, at least not since my military career. I just feel that the use of expletives demonstrates a lack of respect for your audience and a limited imagination.

Due to said military adventure, I know pretty much all of the cuss words and how to use them.  The one that rhymes with duck was once the most offensive of them all, but it seems the taboo has escaped recognition by anyone under 40.

It is used as an invective or an invitation, an adverb, adjective, gerund, noun, or verb. It is quite versatile and still highly reactive depending on your age group.

Currently, I am part of a musical theater production that features a few flying “ducks”. We made it clear on all of our publicity that this program was rated PG-13, and we still had a mom and her charge leave the theater after the first duck escaped.

The next evening the actor adjusted his dialog and deleted that duck. He knew there would be a flock of them later in the show but, he didn’t want to scare off the audience before they had a chance to commit to the characters.

The show is WORKING, based on Studs Terkel’s book by the same name.  The song lyrics and the monologues are pulled from his actual interviews with working class Americans in the late 1960’s early 1970’s.  The passion of the people sometimes led them to use an emphatic expletive and those words remain in the script.

The language you choose to use categorizes you as quickly as your shirt and shoes. And just like your wardrobe, can misidentify you. Someone who uses an extensive vocabulary and seems worldly may actually be the most close-minded person you’ve ever encountered because all they know is books.

While I was in basic training, one of my comrades was what my limited Connecticut mind identified as a dim hayseed from Arkansas. She said things like, “… Ah’m gonna warsh mah clothes.” She was a really sunny person and we got talking about why we joined the Air Force. She stated, “Well, Ah’m a Phi Beta Kappa and I ran outta money.”

That’s when I learned that sometimes you have to go past the words to get the message.